Today is basically a free day. I don’t need to be in Buffalo until later tomorrow so I plan on just riding around the Adirondacks and visiting Lake Placid. The sleeping bag was warm and cozy and I didn’t feel like getting up so I slept in until 9 which got me almost 11 hours of sleep! that’s the most Ive had in a really long time. Getting packed up was quick and easy today since I cleaned up a lot last night so I was hitting the twisties pretty soon. Rode around for a few hours just exploring then my body told me I needed a break so I went to a McDonalds to get some wi-fi and hung out for an hour to update the ride report. 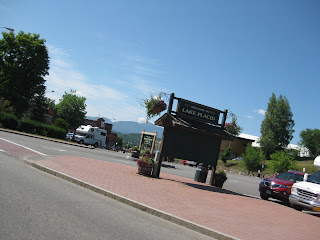 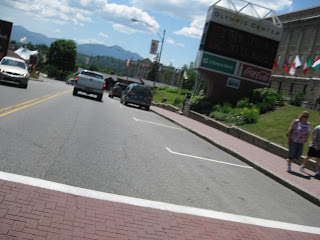 Internet connection was pretty slow so I gave up after a post and decided it was time to get my bobsled on. Went back to the Olympic center and paid my pricey $70 and got in line. We were only doing half the track so the ride wouldn’t last long, but it gave me a taste of these guys do day in day out. Three other guys got in the sled with me including the driver and we pushed off. The speed picked up pretty quickly going down the hill and soon the first turn was coming up. All you see is a huge banked wall of concrete and you think to yourself, how the hell are we going to navigate that with only maybe 6 inches of room between the walls on each side? The F-forces pushed my helmet into my neck as we went around the banking. It happened so quick it was hard to believe we were on the way to the next corner. This is pretty cool. We are only doing maybe 60mph on the short course with the wheels on concrete and I could only imagine what its like to be on rails and ice. I could get into this. The ride was short but pretty intense. It’s worth the $70 to experience it once, but I could never pay to do it again unless it was a full course on ice. I’ll stick to the moto for now. $70 gets me more than a day of knee dragging adrenaline, not just 30 seconds. 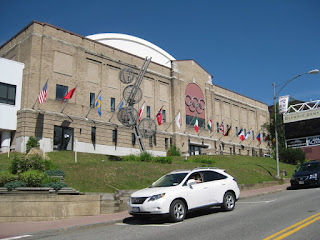 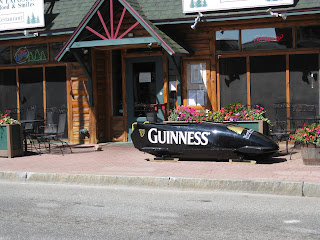 My kind of sled.

I wanted to take a look at the ski jumps and maybe go up to the top, but the line was ridiculous so I decided to skip it so I could ride some more. Randomly picking roads, I couldn’t seem to go wrong. All the roads were in good condition and I couldn’t be happier at the moment. It was starting to get into the late afternoon now so I decided I should start heading west and out of the Adirondacks. I wanted to get into Buffalo at a decent time tomorrow so I could spend some time with my cousin Christina. I took 28 heading west and planned on jumping onto Moose River Road which looked super twisty on the Gps. I must have missed my turn somewhere and just stayed on 28 for a long time. Then I saw Moose River Road and took my turn. Apparently, I was the wrong part of Moose River and although it was twisty, the road was scattered with gravel and wasn’t that great. It dumped me into a tiny town and from there, I was kind of lost. The Finger Lakes is on the way to Buffalo and I wanted to camp near there so I could visit Watkins Glen, Seneca Lake and Seneca Falls in the morning so I headed that way. 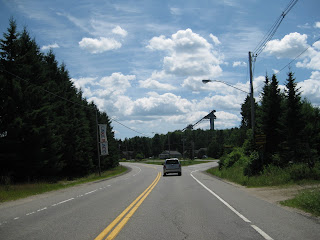 The ski jumps look much taller in person. those guys are nuts! 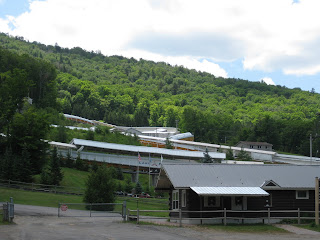 
I ended up in Boonville, NY and stopped to get gas and find myself on a map. Wow, how did I end up here? Oh well, better put Watkins Glen into the GPS and get on the road. On some random backroad, I was coming up to a stop sign and I turned my body to look behind me to make sure anyone that might be behind me was slowing down like I usually do. I always check behind when coming to stop signs at these backroads. Then I leave it in gear and watch the mirrors to make sure no one is going to run me down. This time, something kept me from turning around. My camelback is full which makes it rub the camping gear sometimes, but it was different this time somehow. I slow to a stop and get off the bike. One of my ratchet straps is gone and the camping equipment was pushing on my back. Yikes, the strap didn’t just break, but it actually came off the bike which meant it had to come out from under the seat. Wonder when that happened? The last road had some crazy bumps and dips but nothing I hadn’t experienced before, I guess the strap finally had enough.

While unloading everything to re strap with one of my spares, a pack of Harley riders came to a stop at the sign and didn’t even look my direction. They wouldn’t even acknowledge my existence even though I smiled at waved. I didn’t need any help, but if I did, they would have just left me stranded there. I don’t understand the Harley mentality. A lot of them have this badass don’t give a shit about anyone mentality. If you were an original member of the Hell’s Angles, I could see the attitude, but these guys are doctors and dentists and such who only ride maybe 2 weeks out of the year when the weather is perfect. Chances are, they were just riding to a bar down the street to get drunk then ride home haphazardly. I get along with pretty much everyone, especially if you ride. It’s us against the cagers and we need to look out for each other, but these guys just don’t get it I guess. I know there are plenty of good people who ride Harley’s, but the majority of the ones I meet are just assholes. I don’t get it….This is why I enjoy telling my Harley jokes so much. I hope to meet some good Harley riders to prove me totally wrong.

Harley Davidson invented the very first GPS system, the riders just follow the trail of nuts, bolts, parts and oil back to their garage…


While packing things back up on the bike, a Goldwing rider came by and asked if I was okay. I gave him a thumbs up and said thanks! Not a few minutes later, another Honda rider on a Shadow did the same. I can always count on the Honda guys. Long Live Soichiro Honda and his empire!

With the delay, I figured I should just go ahead and camp and ride the rest of the 1.5 hours to Watkins Glen in the morning. I got on I-90W for a few miles until I saw a sign for a campground. It turned out to be another state park at Lake Verona. Since I was there already, I went ahead and paid the $27 for the night. Should have been $15 though without the extra NY fees. The ranger at the park was a younger guy and he apologized for NY being such pricks about their camping, he didn’t understand the reasoning behind it either. 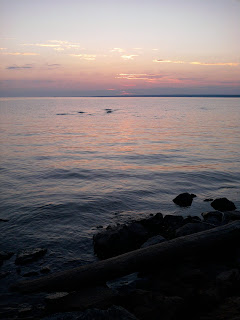 Gear unloaded and tent up, I went to the beach on the lake and took a quick dip. The cold water felt great on my aching body. I grabbed my book and read on a bench next to the water and watched the sun set over the lake. Grabbed a shower and hit the sack. Not a bad day. 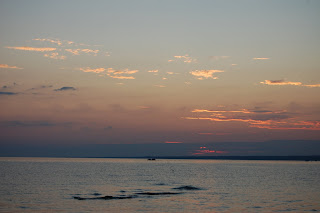 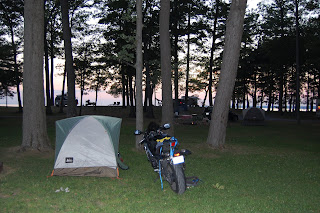