Today is a fairly short day to Spokane, Wa so I let the sun and other campers wake me from my slumber. At some point early in the morning, I heard a couple of kids running through our campsite shouting. I peaked my head out to see what was going on, mostly because when they woke me up I was dreaming about being chased by a bear so I was a little paranoid, haha. We took our sweet time packing up. I even rode the bike to the store and bought a cup of coffee, then carried it back in the tank bag being super careful not to spill any. It didn’t work. It must have been 11am before we got moving because at our first gas stop, I was hungry and told Giancarlo I was eating at the café next door. He decided to join me so we Bsed a bit more and had one of the best omelets ever. 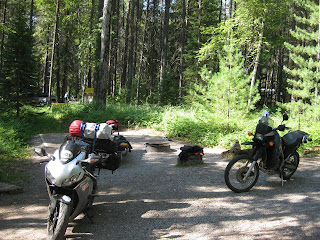 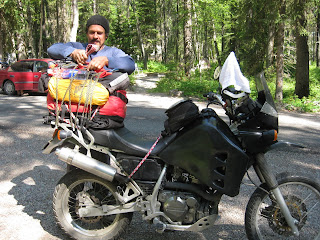 A few miles down the road from the café, I turned south to head towards Spokane and Giancarlo turned north to Canada. I was tempted to head to Banff as well but realistically knew it wasn’t in the cards this time. It was a hot day riding down towards Idaho. I stopped a few times to take off layers and drink some ice water. I wasn’t making very good time but I didn’t care, its only a 250 mile day. I followed the Flathead river for a while before meeting up with I-90. The interstate actually turned out to be a little interesting. It went around some mountains crossing into Idaho. It didn’t provide any spectacular views or anything but it was flat and straight. I crossed the northern panhandle of Idaho so I was not there very long. It would have been cool to see Hells Canyon but it just wasn’t part of the route this time. 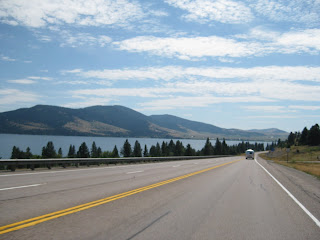 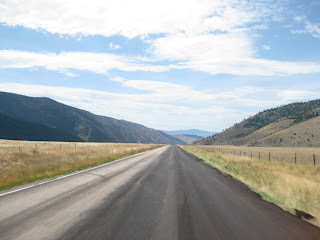 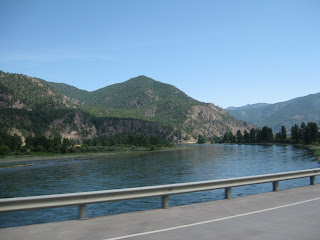 Soon enough, I was in Washington and arriving in Spokane. I had originally planned to camp at a state park in Spokane but as I neared the park, it was still right in the middle of the city so I decided to keep moving. I got out of the city and started looking for campsites. After camping in Glacier, its difficult to find a campsite that wasn’t disappointing. I called around a few places and got a hold of one that said it had some good off the path sites so I went that direction. When I showed up, it was a large family RV park. I figured that the tent sites they told me about were way off in a corner somewhere so I paid and went in. Well, I feel like I was lied to because when I got to the “site”, it was basically a patch of grass between a circle of Rvs. I wasn’t too happy, but at this point, Im already here. I just want to unload, shower and rest. I spent the remainder of the night reading and fell asleep pretty early. Tomorrow, Ill arrive in Seattle.