Up at the crack of dawn. Long ride today. We were on the road at 8am and it was the coldest morning yet. I believe it was 32F or so. I put on the heated jacket but didn’t turn hook up the electronics. By the time we got to the first gas stop I was freezing and hooked up the heat controller and got out the plastic bags to put over my socks for a little bit of extra wind protection. A cup of coffee to warm up and we hit the road again.

The road in this area is pretty bad all the way to the border. Massive potholes and huge dips, I was constantly looking behind me to make sure my ratchet straps had not broken. We entered Kluane National Park area and the scenery became impressive. More snow capped peaks and lots of leaves already changing colors. The flat smooth lake gave a perfect reflection of the surrounding area. I wished I had stopped to take a picture but I was so engrossed in making good time I just took on the fly shots. I figured I would get some good shots on the way back.

We stopped at Destruction Bay to get gas and take a short break. I parked at a bad incline at the pump so when I threw my leg over the bike again, I felt the bike lean a little too far. I tried to compensate but it was too late. Next thing I knew, I was on the ground. Luckily I jumped off enough to avoid being crushed by the bike. Clint and another person helped me pick the bike up and I surveyed the damage. A couple of scratches on the mirror and bar end. Lucky I didn’t break the brake lever again. I noticed the steering stem cap was gone though. After looking around for a few minutes and not finding it, I figured it had to have come off long before. Got back on the bike and geared up, turned around to see if Clint was ready and he was off the bike and looking at the engine. Uh oh.


He had a oil leak coming out of the side case. Nothing seemed to be wrong with it so we figured it had to be the cold weather and the change of temperature causing a small gap in the gaskets. Checked the oil level and off we went. Not too far from Alaska now. 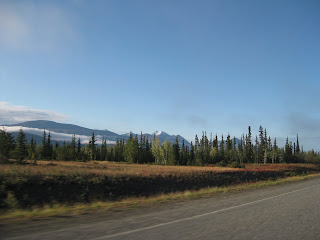 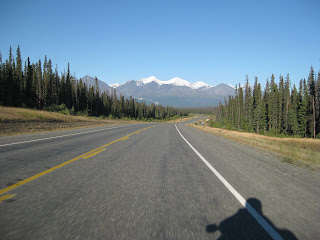 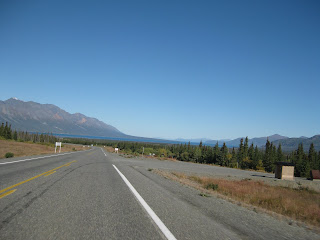 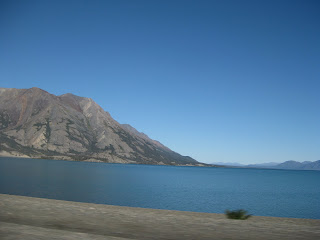 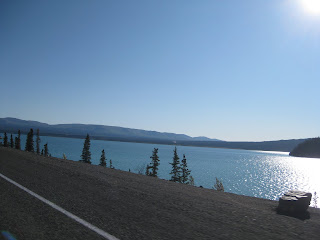 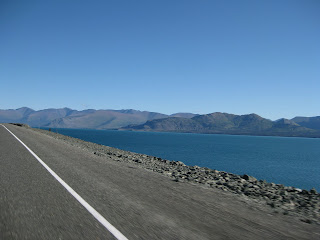 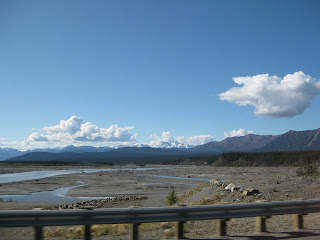 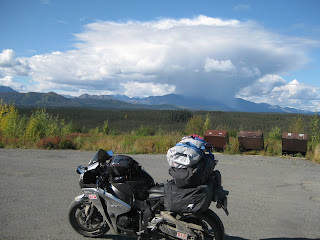 Near the border crossing, we stopped one last time for gas on the Canadian side and had a snack at Beaver Creek. Only about 30 miles to the US Customs. When we rolled up, all they asked was if we were carrying any firearms and off we went. Too easy. The first 10 or so miles in Alaska had perfect pavement. I was hoping this would last the whole way, but it turned into gravel and potholes again after a while. But not nearly as bad as the Canadian side. Stopped again for gas in Tok, then Delta Junction then from there it was only a few hours to Fairbanks. We thought we were going to get a hotel tonight, but we should be there early enough to camp now so we started to look for campsites on the way to Fairbanks. Not finding anything close to the city, we stopped at North Pole to get dinner. Cheap and easy dinner at Pizza hut and we continued to look for campsites. We saw Chena Lakes park so we cruised over, paid our fee and bought a bundle of wood. When we got to our campsite, it started to rain so we stood around for a bit waiting for it to end before setting up the tents. It only lasted a few minutes then tents went up and fire got going. Birch bark makes for a great fire starter. Its been a long day at 600 miles and sleep came easy. 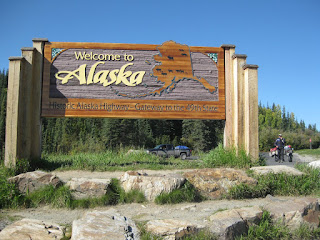 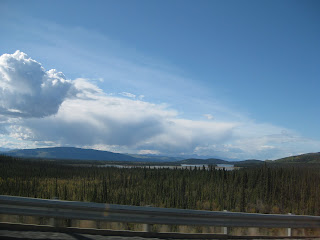