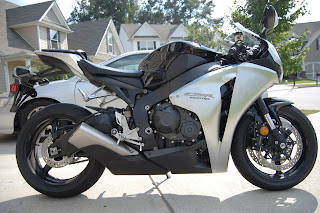 Meet Jessica. I first laid eyes on her in September of 2009. It was love at first sight. Okay, so her face is a little flat, her back end looks like something hanging off some kind of spaceship and the exhaust is a little stumpy and robot arm-ish. I didn't care, I knew then and there this girl and I would have some fun together.
Ten thousand miles and 1.5 years later, we are still carving the twisty black ribbons through mountains and taking in the sun at the beach. Not to say we havn't had our rough patches, but she got some professional help from the people at Honda. Now she's all better, almost. The dealer that took on the warranty work must have hired an ex-butcher to work on Jess because she came back with some things that were a bit hacked. Loose bolts, scratched parts, leaking oil... that's the only and last time someone else touches her.

Jess has always been a traveler, only a month old we took a journey out to Arkansas for a frolick in the Ozarks with Cody and Dan. I think that weekend triggered something in all of us, because now Dan is in Quito, Ecuador on his V-Strom 650 on his way to Ushuaia, Argentina after already going to Alaska and Cody is about to ride his GSXR1000("The Thou") to the Arctic Circle with his grandfather. As for me and Jess, after Arkansas we did a 4 state ride during Thanksgiving break, an Iron Butt to Key West, a 7 state ride around the Southeast and Atlantic and numerous weekend trips to Asheville and West Virginia. That, however, only leads up to what will more than likely be her final trip. This June, we leave Atlanta for a ride that will take us through 49 states, the 4 corners of the US and that small town north of us called Canadia. 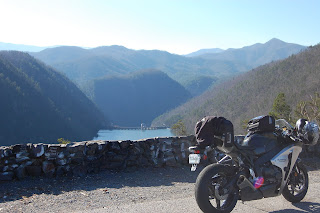 
With two months to pass before 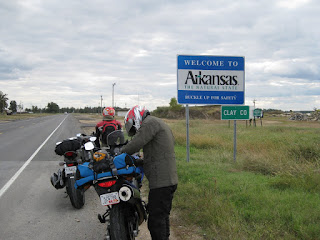 we leave, it seems like an eternity some days but others it feels like I am nowhere near ready. The entire trip will take over 5 months and Jess will have another 20,000 miles on the odometer. Slowly starting to amass the parts, spares, tools and equipment I'll need for a ride like this and I'm realizing that there are a lot of things to take and I have very little room. I use a medium sized tankbag, a large tailbag and two fair sized saddlebags for my trips and usually its more than enough. But this time, with camping equipment, tools, spare parts, extra clothes for Alaska and food/water, my bags just wont be enough. The camping equipment will be strapped on top of the tailbag, and most everything else should fit okay from there. But where will the three gallon gas can I need for the 250 mile ride up to Deadhorse, Alaska live? No clue. No worries though, I'll cross that bridge when I get there. There are still a plethora of goods to buy, routes to plan, people to contact and logistical challenges to overcome. I'm still only at the first phase of planning but I've got the basics down already.
Bike - check
gear - check
time - check
money -I hope so

The days counting down, I've actually noticed myself getting into what I call travel mode. I found myself at the grocery store looking at dried foods and things that were light and would pack well. I even looked at toothbrushes that I could cut in half and drill holes into to shave some weight. Not sure if I am really worried about the .5 grams that would save or if its just my experiences from tinkering on racing cars carrying over. Either way, there were a lot of things I looked at cutting in half. Most of which would have done nothing at all. 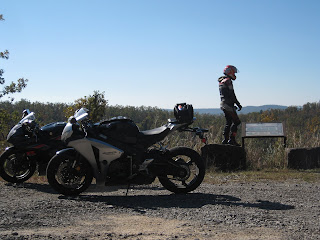 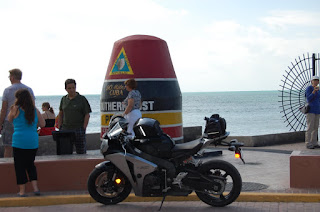