Today, we are heading to Key West for my first corner and so Andy can document the start of his Key West to Prudhoe Bay and back ride. This is the first time I’ve ridden with someone in quite a long time. It was great to have their company and have someone show me a couple of cool spots. 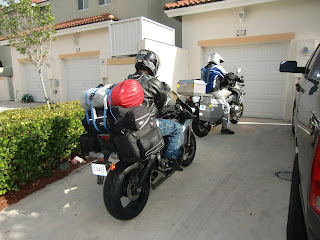 We leave Andy’s place around 9:15 and start heading all the way south. Getting onto the toll road headed towards US1, Andy is moving quicker than I expected anyone to ride on a big BMW. It was awesome, just my speed. At the No Name Key, we pull off and have lunch at the No Name Pub, a small restaurant Andy knows about that used to be a general store/brothel in the 1930s. Inside, there are thousands of dollar bills stapled to every inch of the interior. Walls, ceilings, water pipes, everything. Layers upon layers of dollars. Apparently the story behind it is that since it’s a fishing town, fisherman sometimes wouldn’t have any money if the fishing was slow. So when they did have some extra cash, they would staple money to the ceiling for a rainy day. 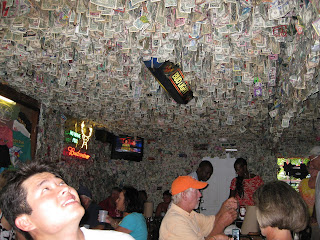 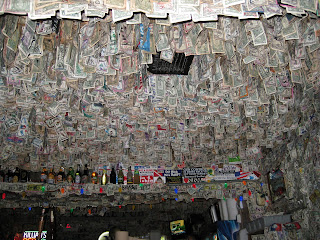 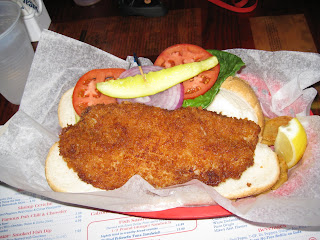 After lunch we stopped at the 7 mile bridge to snap a few photos and just kept trucking along. On the way, me and Angie had some fun taking pictures of each other in motion. Here are some of the better ones. 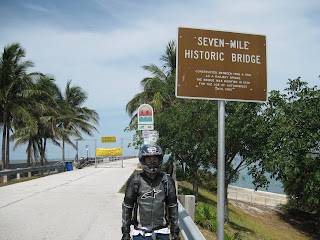 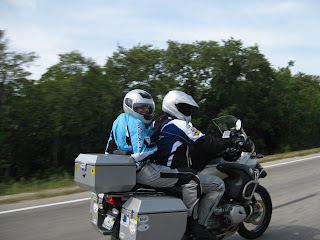 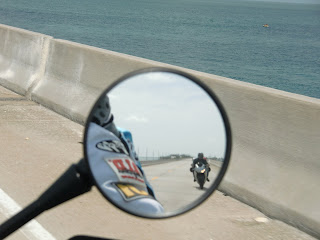 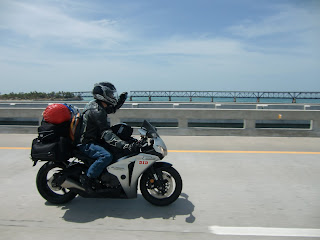 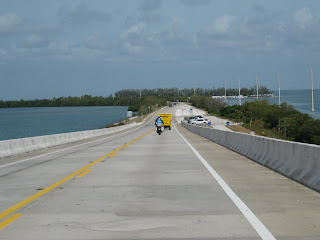 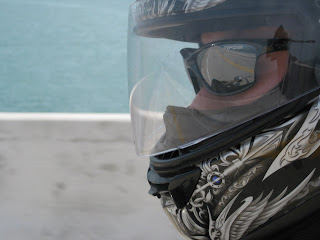 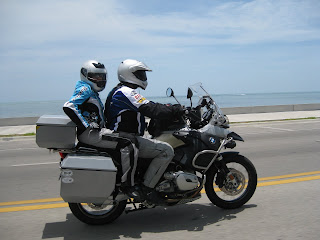 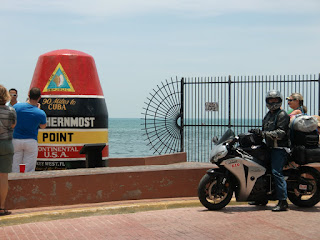 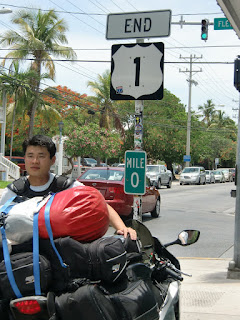 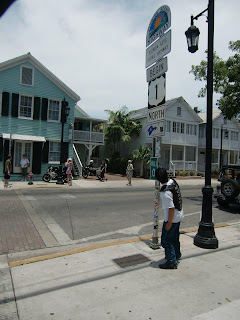 There are so many its impossible to upload onto Blogspot, check out my Facebook page for all the pictures.

We went by a store so Andy could get some new sandals, I needed some too so it was convenient. I browsed for a while but just couldn’t justify spending $40 on a pair of sandals so I walked out empty handed . I was looking for something around the $10 range so I guess a trip to the Walmart is needed.

In Key West, we took the obligatory photos at the Southernmost point and the 0 miles marker of US1. It was ridiculously hot so we didn’t spend too much time hanging around. After the 0 mile marker, Andy and Angie had to split and I needed to start heading back up north to make it back to Homestead for the night. I had originally planned to camp in Key Largo, but Andy offered me his place again even though him and Angie were staying down in Key West for the night. How insanely awesome is that? I just met him and Angie yesterday and they are letting me hold down their fort while they are gone and all I have to do is bring in the paper in the morning. Truly great people and I’m so happy I had the chance to meet and ride with them. I can’t say thanks to them enough.

Northbound again, Im getting tired, the heat is getting to me. Somewhere in Marathon, there is a red Infiniti G35 with flashers on in the left hand lane and some girl is attempting to push the car. Theres a huge line of cars waiting and just watching this poor girl. There’s no way she was moving that thing by herself. I weave my way up there and ask what’s wrong. Apparently her clutch went out and I could definitely smell the burning clutch material. I park the bike and run back over to help push while dozens of people just watch. One guy is in am open top Jeep wrangler with no doors and he just stares at us when we slowly come by. Didn’t even bother to ask if we needed a hand, he didn’t even need to open a door to get out and help or anything. Lazy inconsiderate bastards all those people are. As we get closer to the gas station parking lot, a guy pumping gas sees whats going on and help us push the rest of the way. Thank you, finally someone willing to help. I give the girl some mechanical advice, drink half my camelback and get back on the bike. So I’m not exactly in the best shape, but even if I was, pushing a car in full gear a couple hundred feet in the florida sun is tiring.


Traffic moves slowly heading back to mainland and I get into Homestead about 6pm. Then I head towards the Everglades for a quick visit. The entrance stand was closed so I got in for free. Walked one of the trails that leads you into the glades and over the gator pools. Definitely worth a visit, Ive never been that close to an alligator before. I was just waiting for one of them to snap at me while I was taking a picture, but none of them even so much as twitched. Flamingo in the Everglades is next on my list so I start making my way there but there is rain that direction. I get about 20 miles down the road and it starts raining on me, forget it, Im tired, sick of being rained on so I turned around and went back to Andy’s place. Lubed the chain and now Im relaxing and hoping to get to bed extra early today, Im beat. I don’t even want to update the blog but I need to write something down before I forget it all. 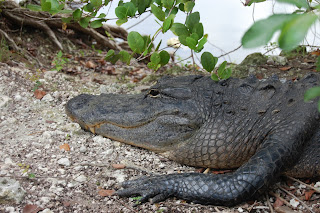 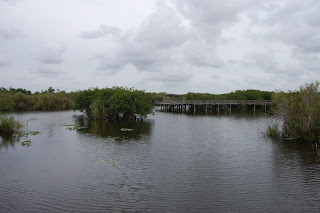 The heat and rain has taken its toll on my the last few days. I hope its cooler as I start heading north. Tomorrow is going to be an exciting day, a long day, but exciting. I need to try and make it as far north as I can tomorrow so I can get back to my parents place near Macon at a decent hour as I have some work to do on the bike.
Posted by Dazn at 7:57 PM