I left Cody’s place later than I intended, but I didn’t have too far to go so I wasn’t worried. I planned on camping at Deals Gap in North carolina for the night. An old co-worker was going to meet me at Deals Gap for some riding. First thing on the agenda was to ride into Dahlonega and visit a friends gravesite.
At the end of GA 400, I started to head into town and saw the mountains in the distance. Yes! Finally, some good riding ahead. Don’t get me wrong, I thoroughly enjoyed my time in Florida, but I am tired of the interstate and major populous. I wanted to just get away from all of it. The best of Florida wasn’t the riding or the scenery, it was the amazing people that I met.

Today, the trip truly begins. This is what I have been looking forward to, open twisty black ribbons carved into the mountains. I pulled into the graveyard and immediately a mix of emotions overwhelmed me. I was happy to be on the road again but the memories of Pruitt’s funeral came flooding back. Pruitt and another friend Brandon were the first people I ever rode with in the mountains. They are mostly responsible for what has become an addiction and the only thing that keeps me sane and happy. I still remain good friends with Brandon and try to ride with him as much as possible. Pruitt however, passed away in 2006 from a motorcycle accident a few days before I moved to Virginia for a job. We were all part of a sport bike forum that was local to Georgia so the funeral was attended by a large number of riders who showed up on motorcycles. After the service was over, we all went to the gravesite for the final burial. Hearing Pruitt’s mother screaming and crying as our friends carried Pruitt out brought tears to everyone’s eyes, not even the burliest of bikers could hold back their tears. When it was time to leave, almost 100 sport bikes cranked their engines almost simultaneously, it was a sound that I will not soon forget. At the gravesite, some final words were said, then as Pruitt was lowered into the ground, it started to rain almost as if it was planned by a higher power of some sort. 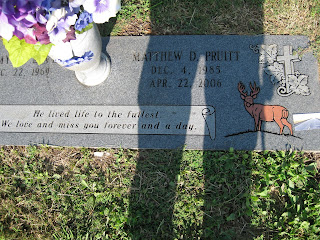 I visited with Pruitt for a few minutes, left my card and then went on my way. You will never be forgotten my friend. The next road on the list was GA 129 going up to Blood Mountain. On the way there, a black Audi convertible was pulled over with flashers on, I asked the girl if everything was ok and apparently she was just putting the top down. Nice. She ended up following me up 129 and at first I was just cruising along but Audi stayed behind the whole time so I wicked it up just a little and still, the Audi was there. Okay, let’s play just a little. Staying in a single lane, I tipped into a left hander, knee down and the back end wiggles a little bit. No worries, I’ve been in Florida all last week and that part of the tire just hasn’t been used yet. Throttle on and track out. Tipped into the right hander, knee down, wiggle, throttle on and track out. I look behind and the Audi is using up both uphill lanes and I can see a smile on the girls face. Cool. We continue this all the way up the mountain and at the top, I give her a thumbs up and a smile. She gives me the “hang ten” sign, I laugh and take my turn toward Richard Russell Scenic Highway. Riding through Richard Russell, I feel something hit my neck then not one minute later, I feel a bee sting on my back. Pulled over and stripped to get the bee out of my jacket. I hate it when that happens. Near the top of Richard Russell, there were some low lying clouds that I had to ride through. It looked dark for a while there so I was hoping it wouldn't rain on me again but nothing this time. 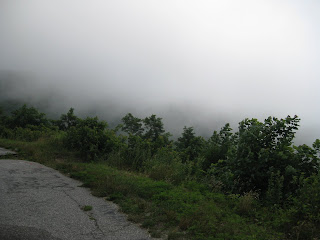 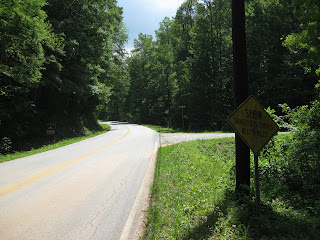 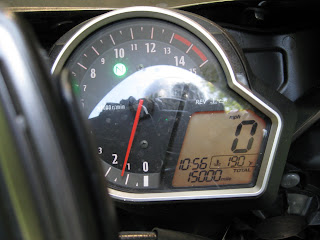 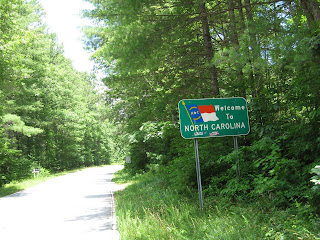 I keep making my way towards Clayton, GA so I can ride to South Carolina via GA 28. On SC 28, the road was closed due to a downed tree. Crap, this was my route to get to SC 107 which would take me back up to North carolina so I can head towards Deal’s Gap. Oh well, turned around and when to NC via 28. This road is a favorite among my riding friends so it was cool to ride through some familiar territory. NC 28 has a few waterfalls visible from the road so I pulled off at the largest to take a quick picture then kept going. Wayah Road is another favorite road that connects with 28 via 64. The road had been graveled recently so it was a bit hairy in some spots but still a fun road. After Wayah, I went straight to Deals Gap through Robbinsville. 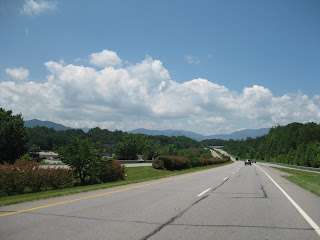 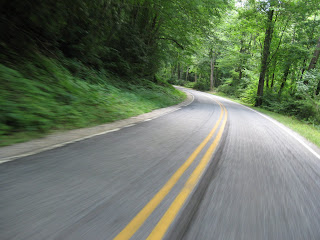 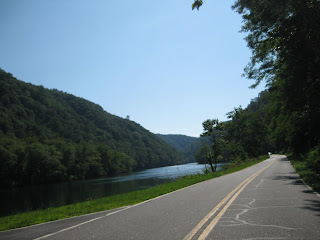 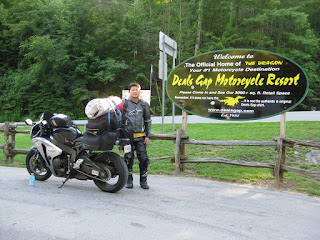 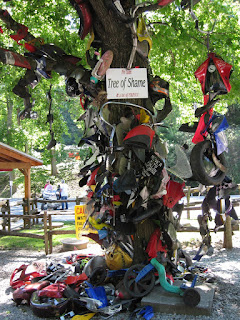 Tree of Shame.
For those not familiar with Deal's Gap, this is where the people who crash leave their broken parts as an homage to the road of sorts.


A friend and ex-coworker Clint was supposed to meet me at Deal’s Gap today. He has been on the road for a few days just riding before he had to drive out to California for a race. I didn’t have phone service but this is a small area so I figured we would be able to find each other. I rode up and down Tail of the Dragon a few times for fun and to get some pictures of me all kitted up on Killboy(photographer who sells pictures of riders on Tail of the dragon). It was fun giving all the other sport bikes hell. At the end, they all came up to me and asked how I was riding that well with so much kit. Haha, it feels the same except for the really low speed corners, then it was just a little twitchy and just required an extra bit of smoothness. I stopped by one of the Killboy photographers and chatted for a bit hoping to see Clint ride by. He showed me a picture that he snapped of me from behind with a knee on the ground. All you could see was luggage, and a knee on the ground. Couldn’t see my body or head at all, haha. Too funny. 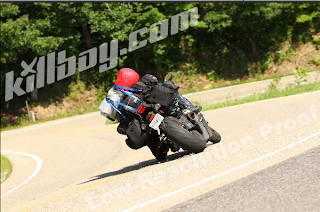 I do plan on buying these pictures Killboy.... 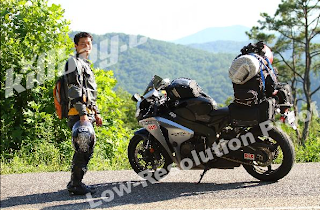 It was getting dark and Clint still hasn’t shown up. I ride around for a while trying to get service but nothing. I went back to the motorcycle resort and set up camp hoping he was just running behind. A couple of guys on V-Stroms showed up and we chatted for the rest of the night. One was from Kentucky and riding down to Augusta, GA to pick up a new to him BMW GS. Steve is a retired thespian and now does the Santa Claus around the world. Pretty cool guy, he recommended some roads and nice campgrounds around the country. Harvey, also on a v-Strom is a 6th grade teacher form Tulsa. He was pretty funny, had some good stories and I enjoyed chatting with these two for the night. Meeting people at these campgrounds is always fun, it takes time away from writing the ride reports though. Right now, I am about 4 days behind. I wished I had gotten some photos of these guys before I left. 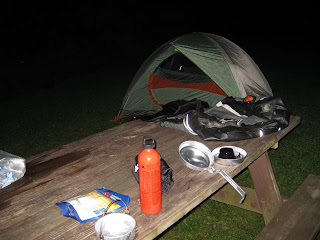 Setup up at Deal's Gap

I stayed up until 11 waiting around for Clint hoping he hadn’t wrecked or had a problem somewhere. Nothing I could do from here but wait….
Posted by Dazn at 6:03 PM