I woke up to Doug and Yoko’s dog running around and jumping on me to lick my face. it’s a mix of poodle and Dashund and it’s a hilarious dog. Super nice and has a surprisingly long tongue. I normally don’t like little dogs, but this one was pretty cool. Doug starts cooking breakfast and surprises me with an omelet. Sweet. I scarfed it down and got ready to go. All packed up, I say my goodbyes and leave his place around 9:30. Ive got a long ride today through a whole lot of nothing. The plan is to ride into Missouri and then to Iowa where Ill stay in Cedar Rapids for the night. Ive driven through Missouri and Iowa before so I know not to expect much more than corn. I wasn’t planning on going through St. Louis as it is out of the way so there was nothing to see today. 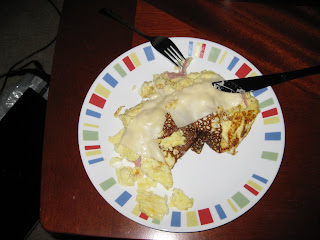 On the way out of Illinois, my exit according to the GPS is at Springfield. When I get off, I see signs for Lincolns house. Its not the place where he was born, but just a place he lived in for a while. Knowing this was going to be the only decent attraction for a while, I decide to stop by quick and take a look. There’s not much to see. A block of the city is dedicated to Lincoln and his neighbors. I take a pic of the house from the outside and get on the way. A ticket and tour is required to go inside and since I had a long day ahead of me, I decided to opt out. Back on the road. 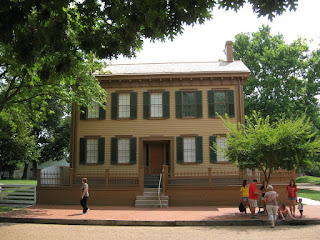 Crossing into Missouri and over the Mississippi river, I see a sign for Mark Twains house. Cool, might be worth a look. Then a sign says its 25 miles out of the way. Never mind. I keep moving into Missouri. The plan is to ride through a small part of the state just to say Ive done it and been there done that. Coming across a sign for Macon, I decide to take a picture. My parents live in Macon, Ga and I lived there for quite a few years so that was the only reason I stopped. Then making my way north, I notice that there is an Atlanta, Missouri. Ha, Atlanta is just north of Macon in Georgia, I wonder if they did that on purpose. I missed the sign for Atlanta and thought about turning around but eh, not worth it. 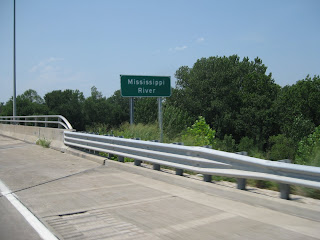 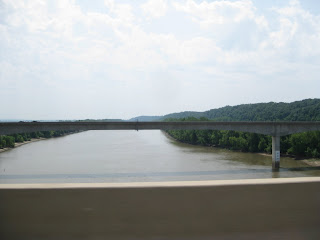 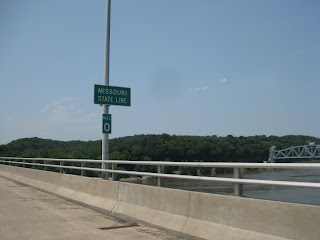 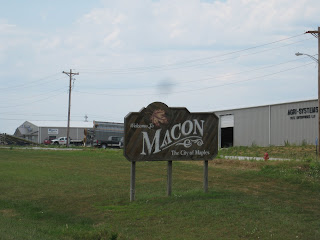 Did I go the wrong way? 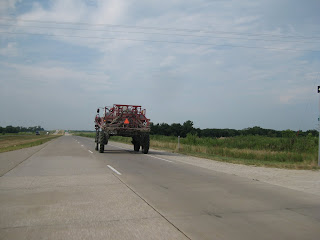 I think I could fit under that.


The roads are excruciatingly flat and boring so Im just racking up the miles at this point. Nothing to see, nothing to do. I start taking random backroads just to get off some of the main roads and come across one that has a lot of small knolls to ride over and at least a dozen one lane bridges. That’s probably the most interesting thing Ive seen in the past few hours. Then I cross into Iowa and nothing changes, just flat, straight and boring. Just rack up the miles. Mile after mile after mile. Finally coming up on Cedar Rapids. Turn off at a rest stop and start making phone calls for campgrounds. Everything is $25 so I start calling hotels, there’s got to be a cheap hotel around here too. I find a Motel 6 for 29.95 and take it. Its been a long day and my body is tired so a crappy bed is going to be nice. The motel is pretty run down and in a sketch neighborhood but I don’t care. I pay an extra $2 fee for internet and get to my room. Yes, so glad im not camping tonight. Its been a miserably hot day. Nowhere to escape from the heat in all the corn fields. I crank up the AC and strip down and just lay on the bed for an hour. The Midwest is terrible, I could never live here. Corn, Corn, Corn, Corn, Cows, Corns, Corn, Corn……occasionally the corn fields are broken up by a silo on the horizon but after that, more corn, corn, corn, corn, corn…..
Posted by Dazn at 8:55 PM