Another short day today so I slept in as much as I could and it was awesome. I definitely felt like I needed It. I worked on the blog a bit more so we didn’t leave for lunch until almost 2 in the afternoon. Knotty Pine is another restaurant that we used to frequent when I worked there so we went by for breakfast. Western omelet, home fries and toast. Not bad, but the coffee was really good. 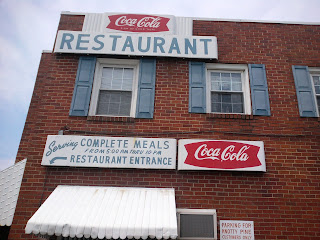 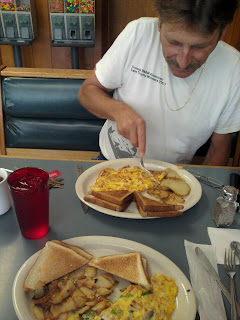 I talked to Matt, my friend from high school that I was going to visit near DC, College Park Maryland to be exact. I told him I was getting into DC around 6, he says, that may be too late to go to the beach house. Beach house? Matt’s mom has a place in Piney Point, MD right off the mouth of the Potomac and they do fireworks there every year. He starts telling me other cool things and I stopped him and said, “I heard beach house and fireworks, I’m sold. What time do I need to be there?”

After “breakfast” I threw everything on the bike and put Matt’s address in the GPS and got Jess fired up. Said goodbye to Butch then I was on the way again. Not much traffic luckily going into DC. I just took interstate so I could get to Matt’s in time to follow him down to the beach house. I pulled up around 5:30pm and was not surprised to see that Matt hadn’t changed too much. In a good way though. Matt’s finishing up his degree at University of Maryland so he was finishing up his physics homework while we waited for his friend. He asked if I just wanted to ride down with him so I wouldn’t have to drive. I didn’t mind riding down since I would be leaving first thing in the morning and they could sleep in instead of driving back in the morning to get me back to my bike. Then it started pouring. Okay, that pretty much made my decision for me. Jeff showed up and I brought all my stuff in as the sky started to fall. We climbed into Matt’s car and started the 1.5 hour drive down to Piney Point.

We followed the storm almost the whole way down. Hopefully it wasn’t raining at the beach so we could see the fireworks. The sun was setting when we parked the car at Matt’s mother place. The fireworks were already starting and we hurried out to the pier where the rest of Matt’s family were hanging out. When Matt told me there would be fireworks, I thought it was one group putting on a show. I didn’t realize that were would be several all along the beach and even across the water in Virginia. There were easily a dozen different fireworks shows going at once and some lasted over an hour continuously. Most of these different shows were just residents along the coast who have their own fireworks every year. It almost seemed like they were trying to outdo or one up each other. Every time one neighbor would light off an impressive batch of fireworks, then other neighbor would shoot one off just as impressive. We spent most of the night sitting by the fire watching the fireworks until the storm started rolling in. Then the fireworks were being outdone by natures fireworks. 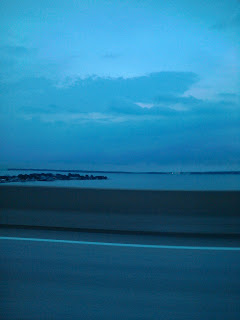 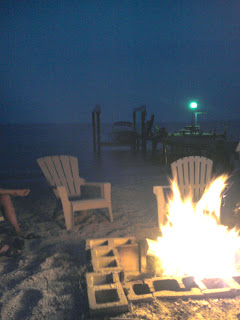 Back inside, we had some turkey sandwiches and bacon cole slaw. I’ve never had bacon in coleslaw before, but bacon makes everything better and it was definitely the best coleslaw I have ever tasted. I forgot my camera in the rush to get everything out of the rain and my phone was already dead so no bacon pictures. Once it stopped raining, we took a walk to the lighthouse at the end of the road. It was a really small lighthouse that seemed like it was no longer in use but it was cool to check out. I was tired from the walk when we got back so I went straight to bed, I have a long ride tomorrow. 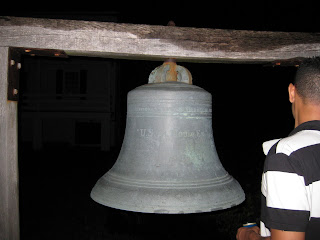 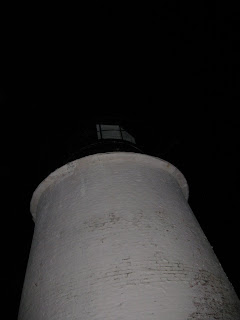