7.4.11 Day 12 Disappointment has a name and it is Delware Water Gap


I woke up to the sound of Formula 1 engines this morning. My new phone actually allows me to download ringtones for free so of course I chose some racecar action. I hurriedly grabbed a shower and woke up Matt and Jeff. It was time to get on the road. We left the house by 8:30 and drove down to the point really quick to get some daytime pictures. Not too much worth seeing. Back in College Park by 10AM, I started to load up the gear when I noticed a bit of rust on the rollers of the chain. I wanted to lube it before I left so I borrowed a floor jack and did a quick clean and lube. It was 11 before I knew it so I packed up and said goodbye to Matt and hit the road. 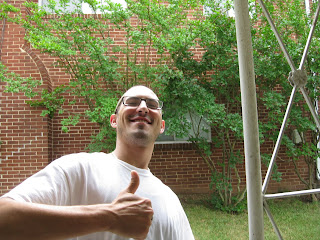 First on the list was crossing the Bay Bridge on 50E towards Delaware. There is a $2.50 toll for the bridge and I am ready for tolls with some bills that I keep in the front compartment of the tank bag. I pulled up to the booth and handed the attendant a $5, but he said the car in front already paid for me. What? Nice! I tried to catch up to the black civic but never saw him again. Thanks whoever you are! The ride out was nice and peaceful especially once I got into Delaware. The roads were flat and boring as expected but the scenery was nice and there was hardly any traffic. I left the mp3 player off and enjoyed the sounds of the motor and the wind for a few hours. Crossing into Delaware, I quickly snapped a picture of the welcome sign then went straight into Dover. It was a whole lot smaller than expected so I didn’t stick around. Gassed up and hit the road going north. I was to cross into New Jersey briefly then start making my way through Pennsylvania. New Jersey is definitely not one of my favorite states to visit, but I will be in the northern part of the state where I havn’t been later in the day. I rode through Wilmington, DE on surface streets which I kind of regret now since it was slow moving and frustrating with all the lights and traffic. Still, I wanted to see more than just the interstates so I kept trucking along at a snails pace. There really was not anything worth taking any pictures of. After Wilmington and the short stint in Jersey, I crossed into PA still on surface streets. I’ve never ridden the bike into the eastern side of the state so I wasn’t sure what to expect. I figured there would be a bunch of small towns with red brick buildings and old colonial style houses and that’s exactly what I saw. There were plenty of random industrial parks and factories. The feeling I got from that area was just “dirty.” I almost felt like I had a thin layer of soot on me just from riding through. 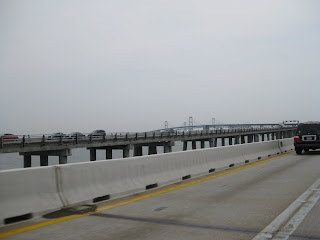 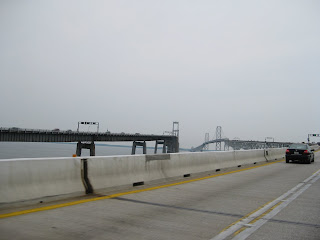 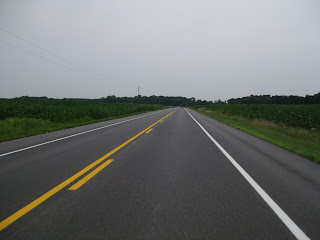 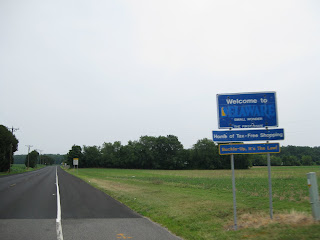 I thought Wilmington was slow moving but PA was much worse. Its like every small town is adjacent to the next so I never got away from stoplights and traffic. The eastern side of the state is a little too populated to enjoy on the bike. Ive been to central and western PA on the bike so I hoped the eastern side was similar but man was I wrong. Oh well, that’s not the part of PA I was looking forward to the most though. I wanted to see the Pocono Mountains. Ive heard quite a few people say its gorgeous in that area so I planned to spend two days near the Delaware Water Gap Recreational Area. When I was about 2 hours south of East Stroudburg where the Delaware Water Gap is located, I got really tired of the small town action so I kept looking for random rural roads to ride through. There just were not any that would lead me anywhere close to where I wanted to be. The rest of the way was pretty painful. There were a whole of bikes on 309 but they were all heading the other direction and not one of them waved back. Do they not know about that around here? I used to think that Florida was the squid capitol of the US, but PA is pretty damn close. No helmets, t-shirts, shorts, sandals the whole nine. I only saw one person that even had remotely close to what resembled real gear. 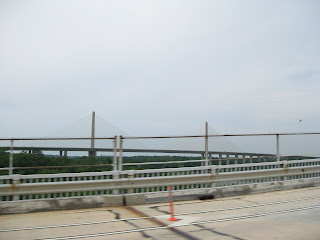 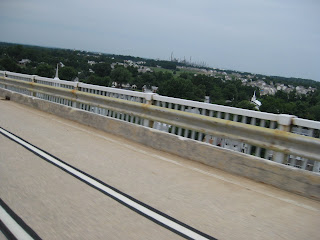 I think this was Wilmington, can't remember now or maybe I choose not to remember, dunno. 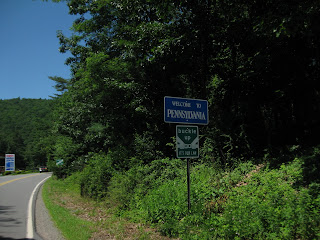 Finally arriving into the Delaware Water Gap area, there was a traffic jam so I got off really early and tried a few backroads to enter the park. Maybe I didn’t go to the right area of the park or maybe it just wasn’t what I was expecting but I was pretty disappointed. I’m going to assume that its more geared toward watersports like kayaking, fishing and that sort because the roads were awful there were no scenic overlooks anywhere. I rode through both the PA and Jersey side of the park and didn’t find anything I felt like stopping to take pictures of. Man, this is a really non-photogenic day which is horrible because I take pictures of damn near anything. I think the only thing I have pictures of is Delaware and the Bay Bridge. By the way, there will be lots of pictures of bridges and tunnels, I have a thing for those engineering feats and lighthouses. I wanted to take the long bridge and tunnel across Chesapeake but that would have taken me way out of the way and Ive been on it several times already so I decided to skip it for this trip.

After riding around for a few hours, I check around the campgrounds and they were all filled up. I rode around the area for a bit checking out the campgrounds that weren’t listed and they were all packed too. There were some areas where you couldn’t even see the grass there were so many tents. I’m not big on holidays or birthdays so I totally didn’t think about it being 4th of July. Besides, don’t people have to work on Tuesday? Hotels are probably booked too, I call around anyways. There is nothing in the area for under $70 but at least there were a few vacancies. I picked a place called Value Inn because they told me it was kind of out of the way and in a nice country setting. When I showed up, neither of those two statements were true. It was right off 209, the main drag in town and there were business all around it. Whatever, its one night, its getting dark and I’m tired of calling around. Spending $70 on a room was painful since it’s about 3 campground stays or a day and a half on the road. Not pleased with the price but at least they had fast Wi-Fi so I could get caught up on the ride report. Since I blew my budget on the hotel, I had a cheap dinner at Subway then went to the CVS to buy some contact lens cleaner. I think I left my bottle in Maryland, not sure.

When I got back, it was still barely getting dark and people were setting off fireworks in the parking lot already. Can’t wait 30 more minutes I guess. I went in the room, shut the door and turned up the TV to escape the loud music coming from the parked cars in the hotel parking lot. I hope they kill their batteries….that’s a little mean but man, have some respect for everyone else who don’t want to listen to your music. Being almost a week behind, I stayed up until almost 2am updating the ride report and catching up on other friend’s rides. It was nice to have internet again. Tomorrow is supposed to be a short day so I didn’t mind staying up a little. But I was exhausted from the long ride and the crappy riding so I ended up passing out in the middle of this ride report hoping the next day would be better.
Posted by Dazn at 1:06 PM